The Converged Web: The Internet’s Next Wave?

You are here: Home » General » The Converged Web: The Internet’s Next Wave? 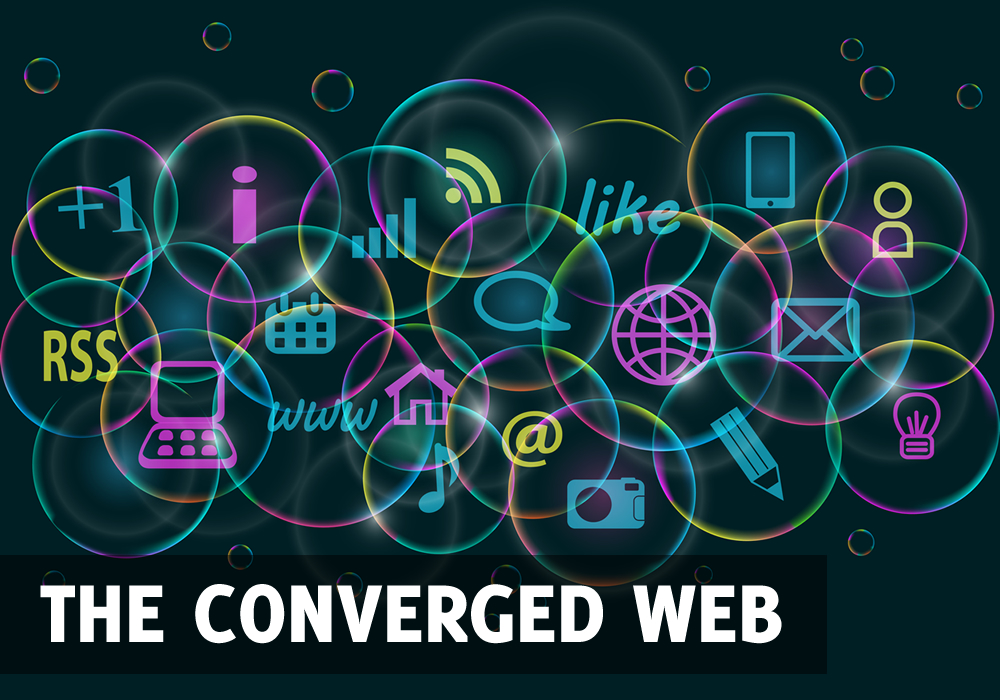 Whilst browsing the blog of John Saddington, an entrepreneur I recently backed on Kickstarter and co-creator of the Standard Theme, I came across an interesting question. His post described the history of the Internet in waves and pondered what the fifth wave might be…

The history of the internet can be summed up easily into four different stages, or waves:

First it is important to set the situation in which we find ourselves. In recent years the leading platforms have developed powerful APIs, HTML5 has brought advanced capabilities to the standard browser, cloud computing and SaaS have begun to replace traditional software, and websites are beginning to add microdata behind the scenes to categorise and structure content within a webpage. When combined with the fact that many consumers are now using the Internet across multiple devices throughout the day including; desktops. laptops, mobile, TVs and with wearable devices, such as the smart watch andGoogle Glass, set to explode there is a lot of fragmentation and standardisation occurring simultaneously.

Whilst I definitely don’t have all the answers I think that these factors will mean that the next wave will be something that I call The Converged Web. Just as content management systems like WordPress allowed publishers to hold a central database of all the content and unique information whilst allowing themes and front end systems to control the output, The Converged Web is based upon people controlling their unique digital identities on the web that can connect with a multitude of services no matter what device they are accessed from and the final output is optimised appropriately for the access device. As interaction is linked to a core digital identity the experience becomes persistent allowing people to jump from device to device and slip in exactly where they left off.

There will inevitably be privacy and security hurdles to cross as consumers adapt to using a single identity across multiple services and products. However the seeds have already been planted with the likes of Facebook and the open graphintegrations using a single accountable identity, services like DropBox and Evernote mirroring the thoughts and files of  millions of people around the globe and even databases where consumers are paying to host DNA data.

One topic that gets a lot more attention now than a true converged web is that of augmented reality (AR), however another possibility is that AR and wearable computing could actually act as the catalysts for the converged web as people realise that focusing on a single platform, device, or solution in isolation is no longer recommend or even feasible in some cases.

The Converged Web is a big step and there will undoubtedly be a lot of competition for controlling the devices and identity systems that hook into this converged web. The level of inter-connectivity and standardisation that will be required will likely mean that the winner(s) will likely be someone who already has strengths in managing identities but for consumer acceptance it is likely there will be some level of competition and openness in the standards.

For an entrepreneur approaching the converged web I can imagine opportunities in creating unique ways of presenting and manipulating data and content from mixed sources, smart behavioural advertising and security/privacy solutions for enterprise and general consumers to protect data amongst others.

I’d love to hear other opinions on The Converged Web; How long till it gets here (if it arrives at all!)? Who do you think will come out on top? Who will lose out? Where are the opportunities? Or perhaps you expect something entirely different?