You are here: Home » General » The Price of Music: It’s all in the head

Today I’m going to touch on something that always seems to baffle me. Yesterday I heard that Katy B had a new album out. Being the loyal Spotify user I am my first instinct was to head on over and see if I could find it on there. When I arrived I found out that it was still a Spotify Premium exclusive and that my subscription had lapsed. As I’m going away next week I figured that I may as well not pay the monthly fee again until I get back and started looking for other locations to source the album.

Here is what I found: 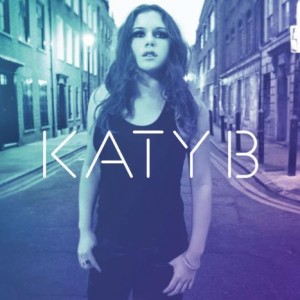 Now the first thing that stood out to me after looking at the prices was that I’m probably never going to buy another album from iTunes. I did it once a few years back, lost it when I changed computer and haven’t ordered music from them (or seen the album) since. But more importantly it shows that, unless there is some hidden consideration, the price of music is more disconnected from the production and distribution methods more than ever before. Once the costs of distribution are met a company is just deciding how much profit they fancy taking on an item and then pricing accordingly.

I was almost tempted into buying the CD but with no clear winner, I simply decided to upgrade my Spotify subscription once more and listen to the entire album as many times as I wanted along with thousands more albums that I enjoy without ever physically owning. All it would have taken was an extra track or some added benefit to siphon my money into the artists (and record labels) pockets but instead they get whatever revenues are shared behind the scenes through Spotify, which I expect will be a lot less.

When you are choosing where to purchase music and the only differentiation is how much you want to pay it seems that some people really have given up on creating a unique and special experience for their media consumers (and they still wonder why people perpetuate illegal downloading). I hope for the sakes of the artists involved that they are getting a fair deal through services such as Spotify and/or that there is more innovation in the marketing of music online in the future.

If you think there aren’t many ways you can innovate in music sales and distribution now everything is online then you are wrong. If anybody is interested in hearing a few of the better ideas I’ve come across recently then please feel free to leave a comment and I will write a follow up post soon…